"Sandy is the quintessential interpreter of the Great American (and British) Musical Theatre Songbook. Additionally, she has recorded, with great aplomb and magnanimity, a wide variety of musical styles, past and present, ranging from film songs by Dorothy Parker, through standards, to classical jazz songs of Dave Brubeck. She is adventurous in approaching new material from new writers, to unrecorded or seldom heard songs created by the masters.

Over the years we have successfully swung boogie-woogie, new takes on Broadway hits, adult contemporary folk, even Christmas music (1000's of radio plays each year). To each artistic genre she brings the skills of a warm, compassionate actress, the timing of a dancer, sense of humor, deep understanding and connection to the lyrics, accurate pitch, and a seamless range from "F" below middle "C" to "F" above hi "C". Outstanding!

"Sandy's most recent album, "It Might Be Fun" was recorded at legendary Capitol Studios in Hollywood, with an orchestra of LA's premier 1st-call musicians (above). Contractor: Joe Soldo; Engineer John Adams. The sessions were inspired by thoughts of the greats like Sinatra, Nat King Cole, Nelson Riddle, Johnny Mercer, et.al. who walked down these hallways and performed and recorded in these rooms. We had a great time, with original songs by co-producer Bruce Kimmel, orchestrated and conducted respectfully and gratefully by me.

What’s In-Store Music | Out & About with Sandy Bainum

“Sandy Bainum has been a mainstay of the What’s In-Store Music Holiday program since it began seven years ago. Her rendition of “Sleigh Ride” is once again a top-playing holiday song this year.”

“Actress/dancer/singer Sandy Bainum proved once again on Sunday November 10 that she can do it all. It was the premiere of her new cabaret show Ever Blondeward at Sterling’s Upstairs at the Federal. In the show she payed tribute to great celebrity blondes like Peggy Lee, Doris Day, Mitzi Gaynor, Marilyn Monroe and Betty Hutton, among others, who left their mark on the world as great entertainers. The sold out house were enchanted by Bainum, who is not only beautiful but a glorious singer and raconteur.”

“Sandy displayed a keen jazz sensitivity in her salute to Dearie with Dave Frishberg’s “I’m Hip,” which nicely echoed Dearie’s coy delivery and, later in the show, hit the money note saluting Cook with “Vanilla Ice Cream.” Mitchell’s “Both Sides Now,” the closer before the encores, was a tour du force as Bainum convincingly hit the emotions of the lyrics. This well-constructed theme show undoubtedly reflects the strong guiding hand of its director, Andrea Marcovicci.”

“Sandy Bainum shows she has the stuff Broadway is made of in her latest collection, “Simply.” Working with Producer Bruce Kimmel and Arranger, Orchestrator, and Musical Director Lanny Meyers, her voice soars through the uptempo cabaret tunes, and softly yet strongly delivers the ballads such as on “Goodnight, My Someone” from “The Music Man” which crests at the end as she vibrates through the high registers showing her vocal prowess. Yet, she never indulges in her voice, but uses it for the delivery of the song … as an actress, she serves the art of the songs and tells the stories…”Bluesette,” among others, features Sandy’s jazzy bravado as she bounces in between low and high notes. If anything, she gives us beauty and joy, but behind the simplicity, she and the band are doing a lot of fine hard work. …Sandy Bainum shows she has the vocal chops as well as the acting chops to light up the stage for years to come.”

The Sandy Bainum collection “Simply” is – simply – a knockout!

“There is not one track on the album that is not brilliantly sung and perfectly and uniquely arranged. Rodgers & Hart’s “Where or When” is dressed in a great, fresh tempo – delightful. Sandy’s version of “A Cockeyed Optimist makes you long to see her as Nellie Forbush. “Goodnight My Someone” as well, conjuring up a vision of her in a “Music Man” revival. The Helen Reddy 70s hit “You and Me Against the World” is lusciously revived. The Fields and Schwartz classic “Make the Man Love Me” becomes something new thanks to Sandy Bainum’s reading and a sparkling arrangement.”

Sandy is in prime form!

O’s Notes: Sandy is a cabaret style singer with a powerful stage voice. She soars through fifteen selections in front of a crisp and polished orchestra directed, conducted and arranged by pianist Lanny Meyers. The music is upbeat and jovial on Simply and Sandy is in prime form!

“For her latest recording, singer Sandy Bainum decided to go with an album of all original songs, songs written by her album’s Grammy-nominated producer, Bruce Kimmel. Bainum sings plaintive ballads –“It Doesn’t Get Easier” and “No Letting Go,” as well as upbeat numbers — “I See Rainbows,” and “Two Roads” (written with Richard M. Sherman of the Sherman Brothers)…Bainum’s luscious voice caresses the lyrics of ballads such as the ode to marriage, “Truly Married,” and brings out every ounce of melancholy in “Three Acts.” …” Lanny Meyers’ arrangements and orchestrations are a third star of the album.”

“I already knew going in how good she is. But this CD exceeded my expectations. Her team is so lucky to have each other. The big three as I like to call them. The arrangements and orchestrations by Lanny Meyers are some of the finest I’ve heard recently. Bruce Kimmel can write with the best of them.”

“Smiles come in many varieties in song: there’s the big uncomplicated grin; the smiling-through-tears search for the elusive silver lining; the gritted-teeth smile that’s fueled by determination and survival skills. Sandy Bainum flashes all these smiles in It Might Be Fun….The songs are all likeable ones by Bruce Kimmel and arranged by Lanny Meyers; the trio worked together before on the Kritzerland label and it shows.…A huge orchestra brings a lush, full sound—lovingly balanced and brought out to serve the songs rather wallpaper or overwhelm them.”

“As you listen to Sandy Bainum sock out pop and show tunes in perfect pitch with a crystalline soprano that only gains in substance the harder she emotes over the large orchestra, she seems the personification of a leading lady at her zenith. She’s that good. At times, her skilled soprano and seamless phrasing recalls Barbara Cook or Judy Collins in their primes. She sings with unerring smoothness, harmonizing precisely with a flute’s fluidity, making musical magic. This well-produced album…” 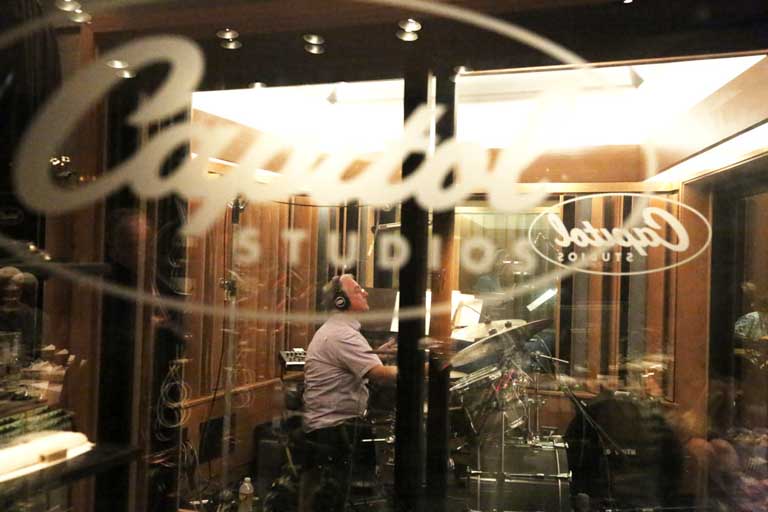 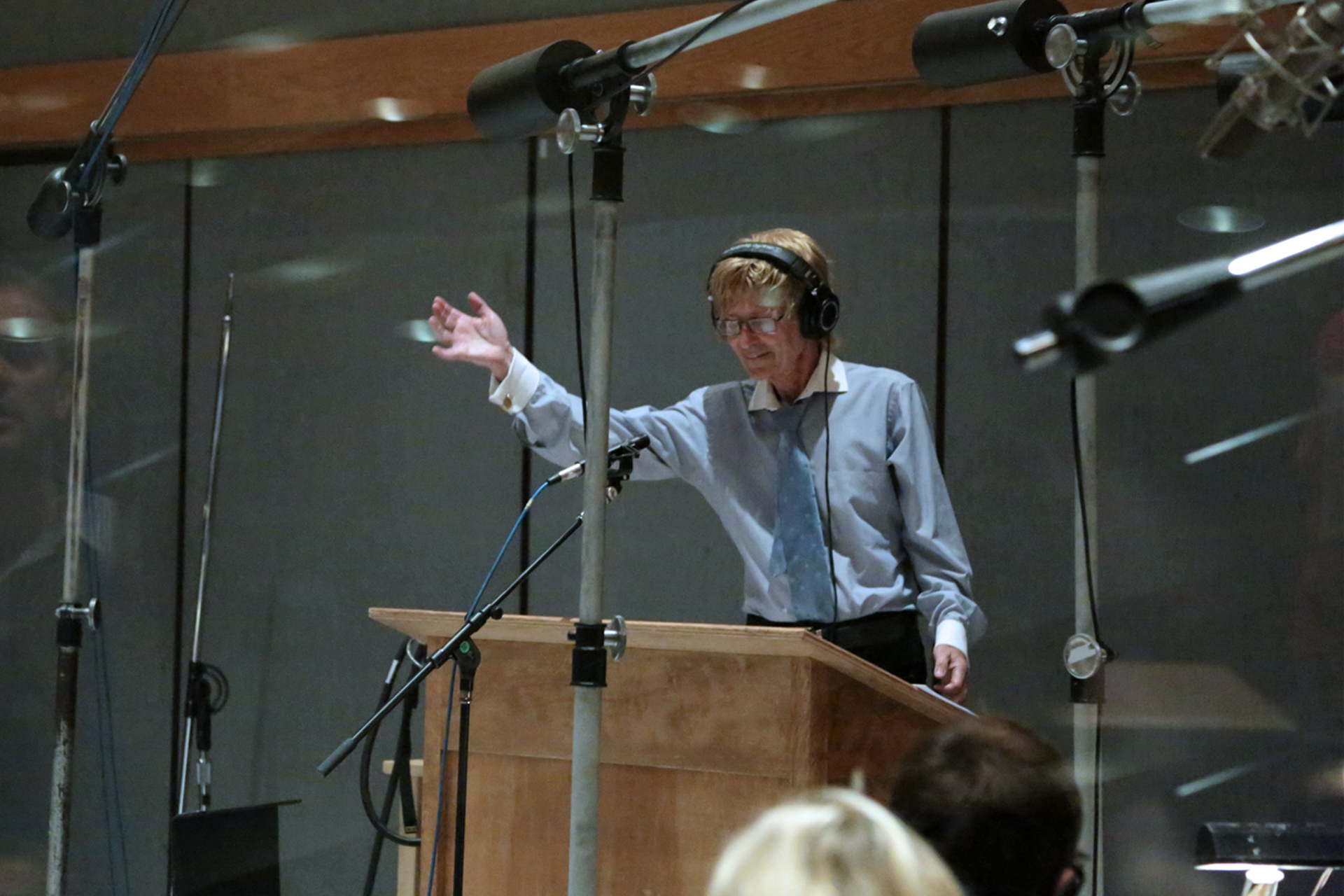 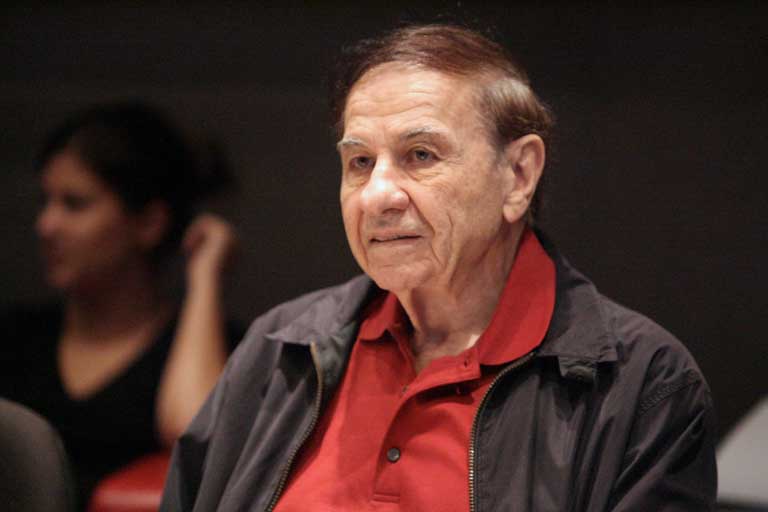 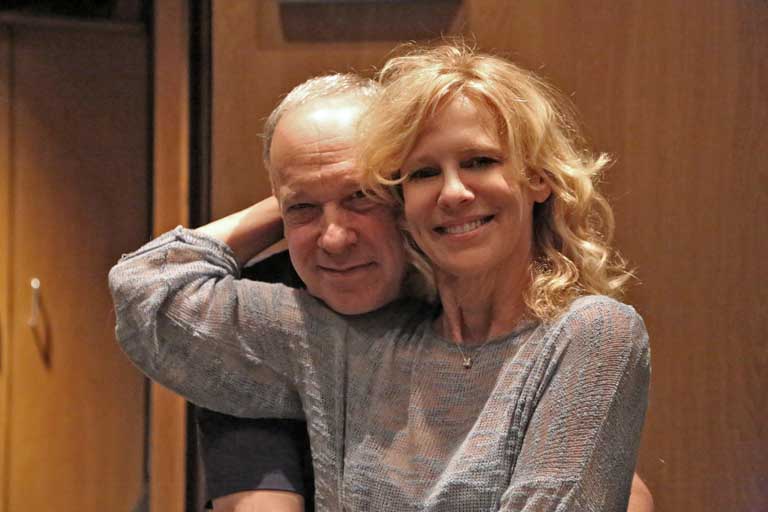 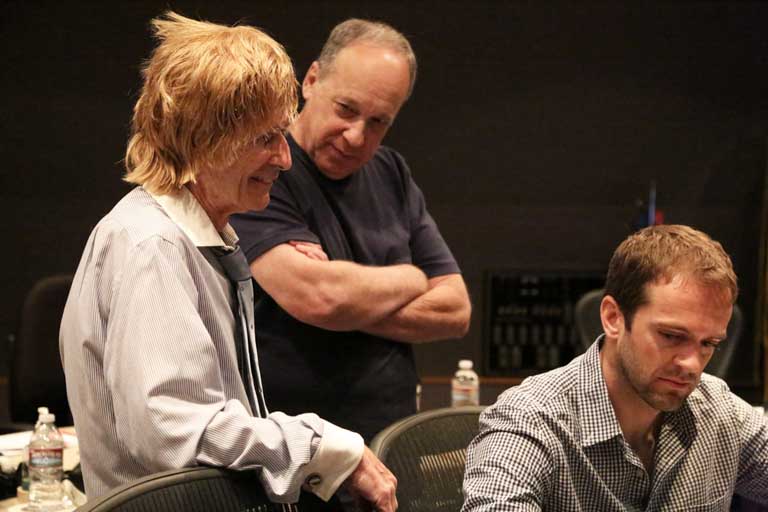 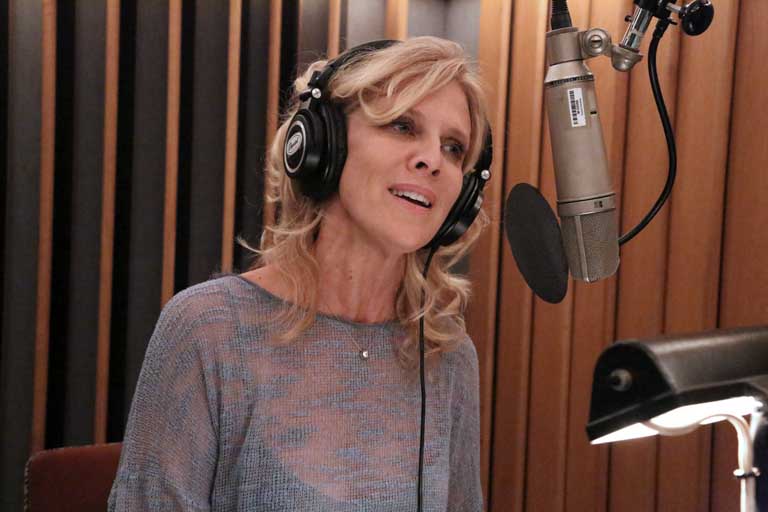 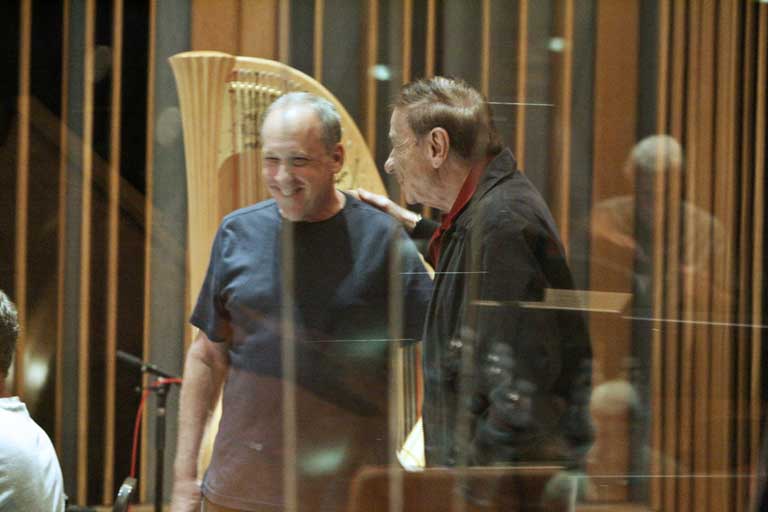 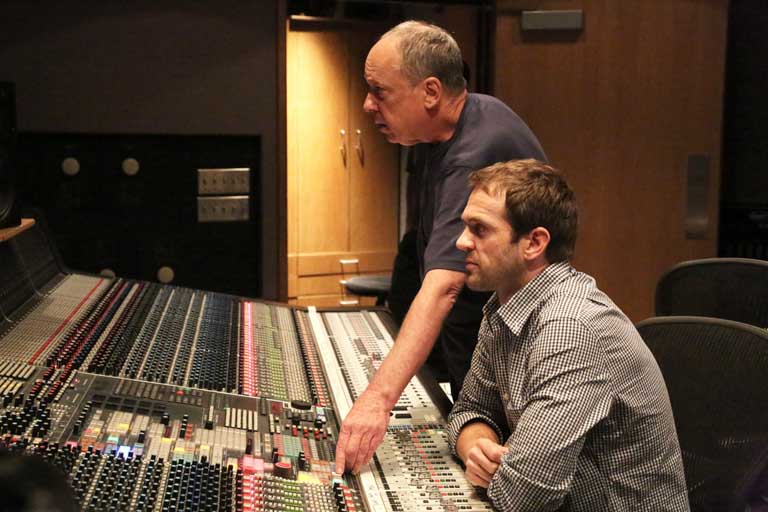 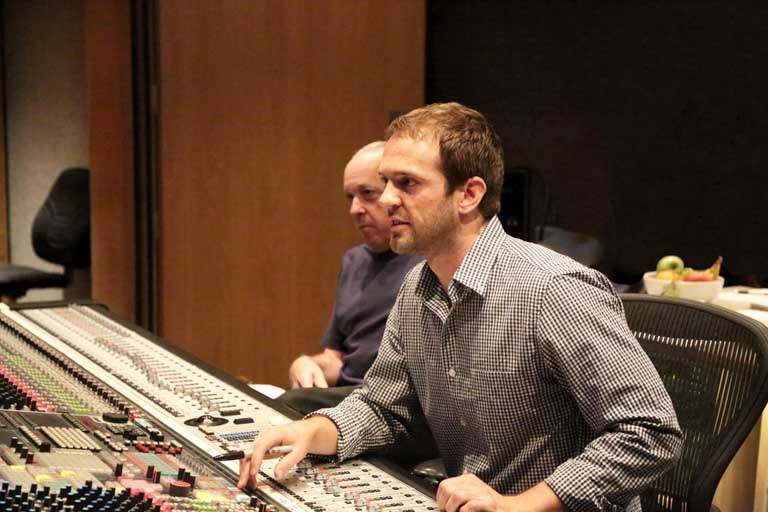 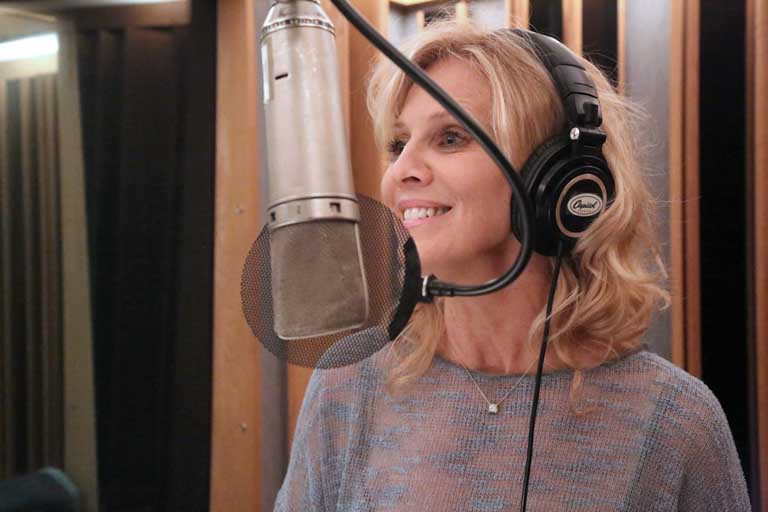 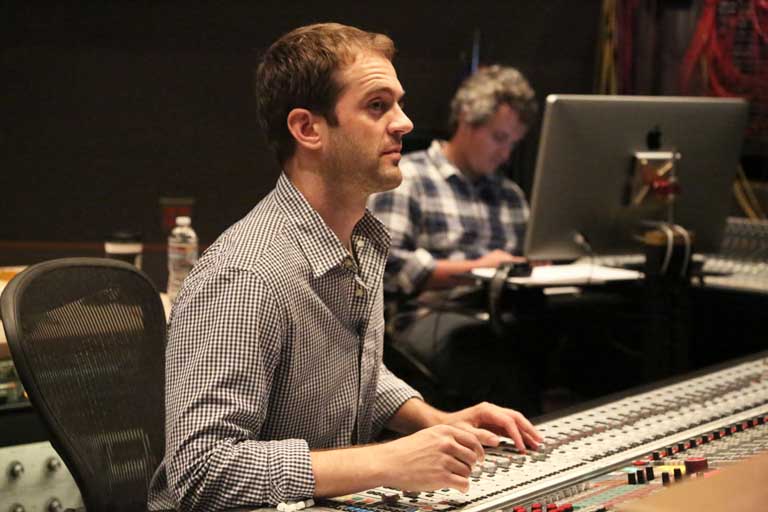 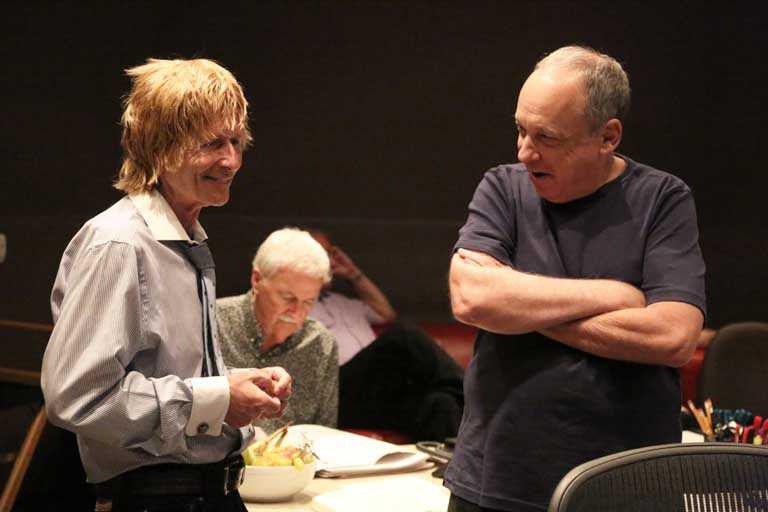 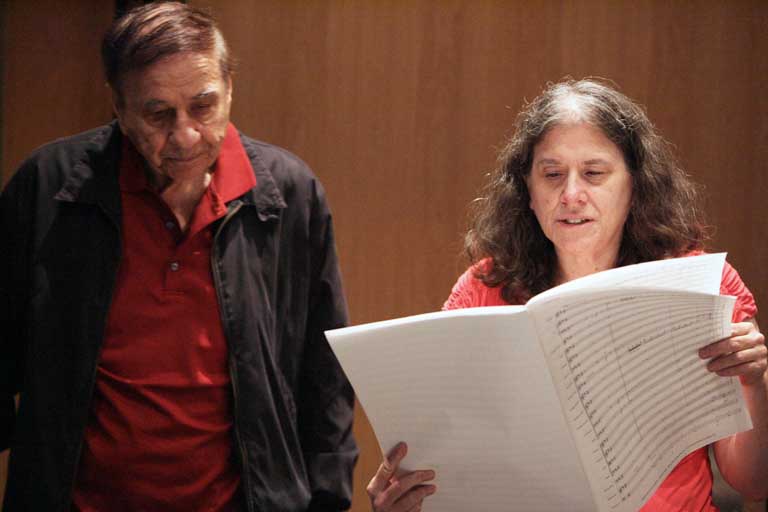 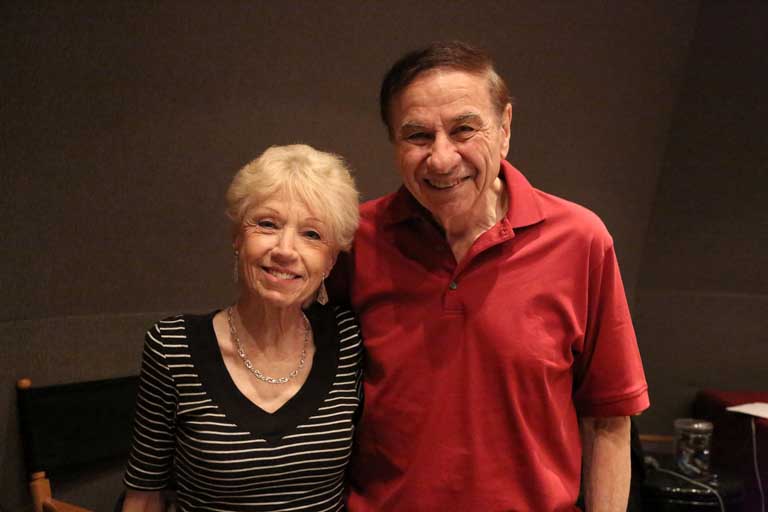 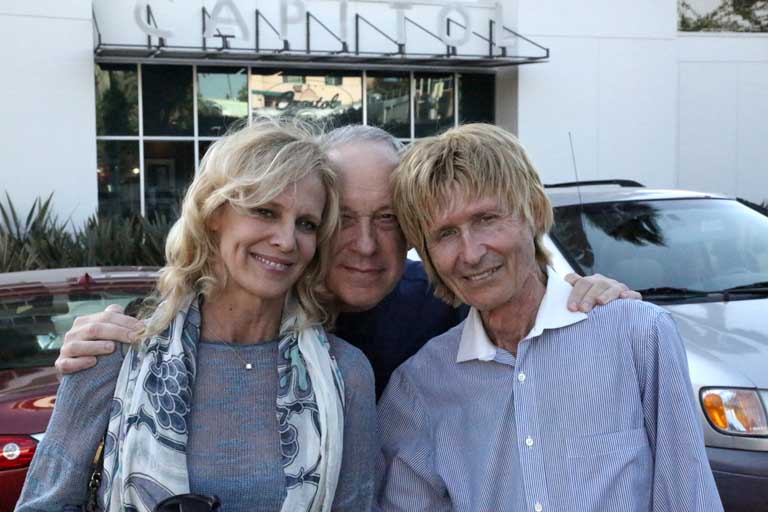 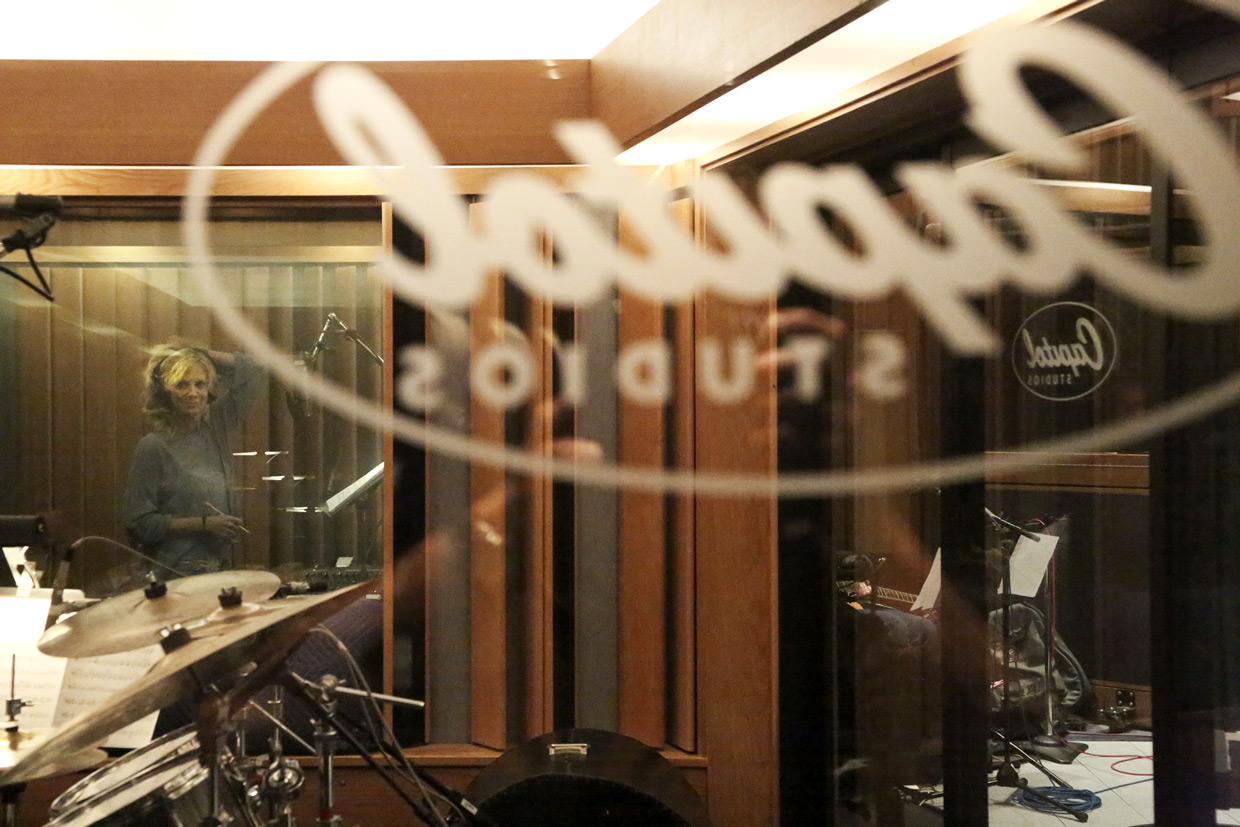